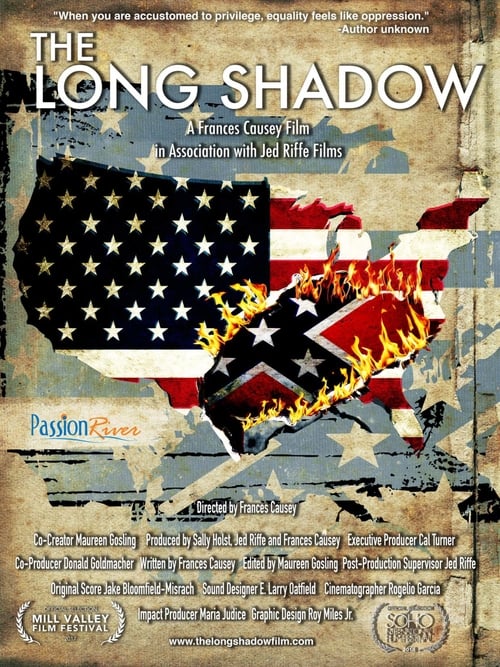 When you are accustomed to privilege, equality feels like oppression.

When filmmaker and investigative journalist Frances Causey, a child of the South, set out to examine the ongoing racial divisions within the US, what she found was that the politics of slavery did not end with the Civil War. In an astonishingly candid look at the United States' original sin, The Long Shadow traces slavery's history from America's founding in place through its insidious ties to racism today.